Ontario Campaign 2000 released its annual Report Card on Child and Family Poverty on November 24, 2016. This year marks the halfway point in Ontario’s second Poverty Reduction Strategy (PRS). While small steps have been taken to address child and family poverty in the province, Ontario Campaign 2000 says greater action is needed to achieve the goals set out in the PRS.

Ontario children continue to face high rates of poverty. The 2016 Report Card on Child and Family Poverty reports one in six (18.8%) children under 18 and one in five (20.4%) children under six in Ontario live in poverty in the province. 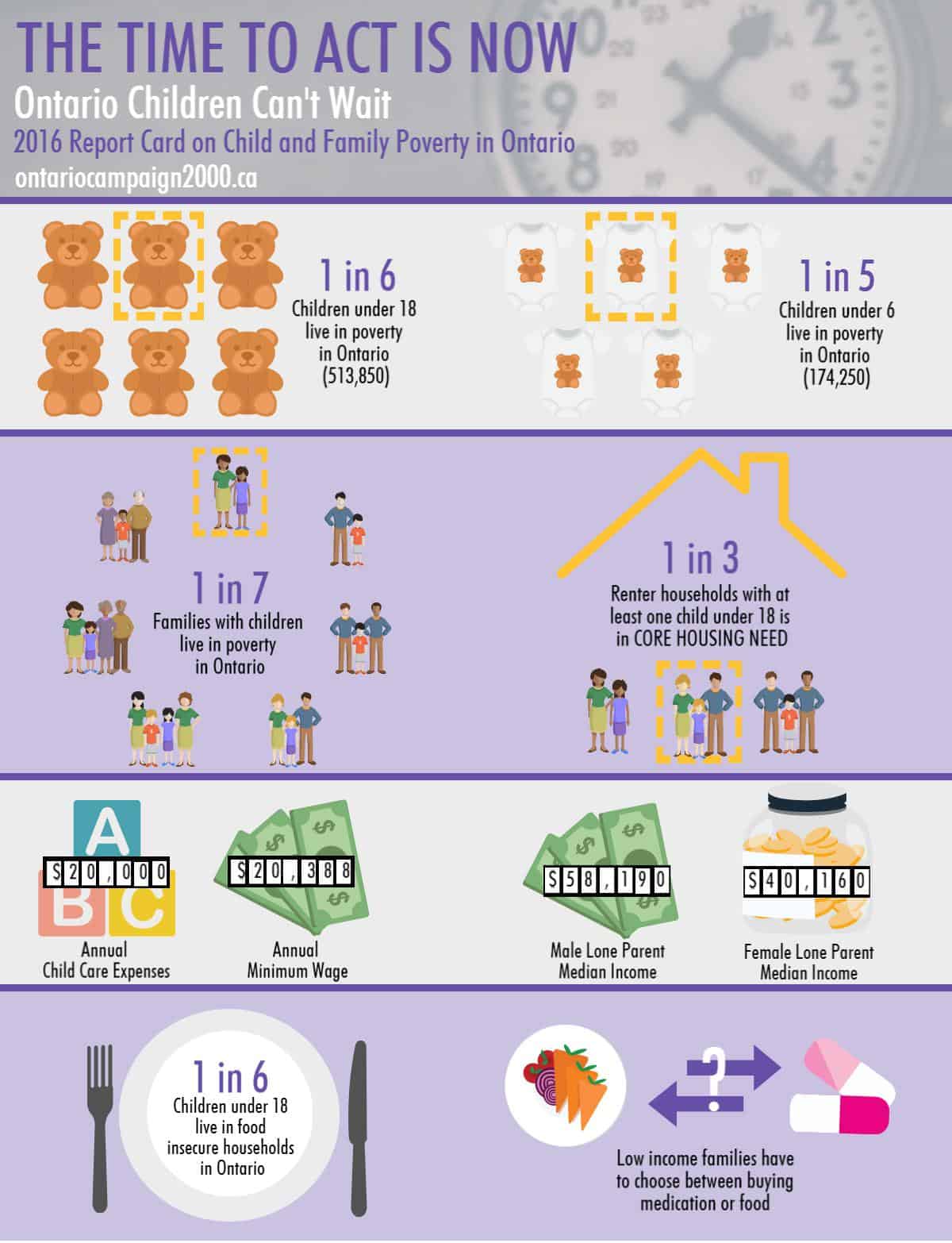