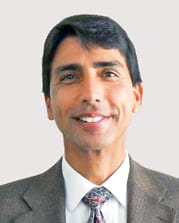 Bruce Rodrigues, Chief Executive Officer of the Education Quality and Accountability Office (EQAO), has been appointed Ontario’s Deputy Minister of Education. He will remain with the provincial agency until the middle of October before taking on his new role with the Ministry of Education.