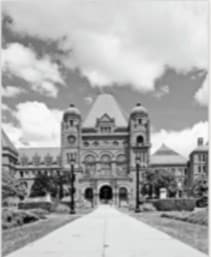 On May 12, OPSBA President Michael Barrett presented to the Standing Committee on Finance and Economic Affairs regarding Bill 181, Municipal Elections Modernization Act. As noted in previous updates, the proposed amendments focus on changes to the election calendar, accessibility, third party advertising, campaign finance and election administration. The option for ranked balloting is not an option for school board elections. The overall campaign period is shortened with nomination day being May 1 instead of January 1, and nominations would close on the fourth Friday in July instead of mid-September. Our submission reflects the input of the Policy Development Work Team, Executive Council, Board of Directors, as well as staff from our member boards. It also includes past commentary from last summer’ s consultation.

Also on May 12, the government introduced Bill 198, Immunization of School Pupils Amendment Act, 2016. Last December, the government indicated upcoming changes that will require parents who do not want to immunize their child, to participate in an education session with their local public health unit. Another change is the requirement for health care providers to share immunization information with public health in order for records to be updated. This has been an ongoing issue of parents having their children’s immunizations complete but not shared with public health. The bill has yet to be posted but the Ministry of Health and Long Term Care did issue a news release.