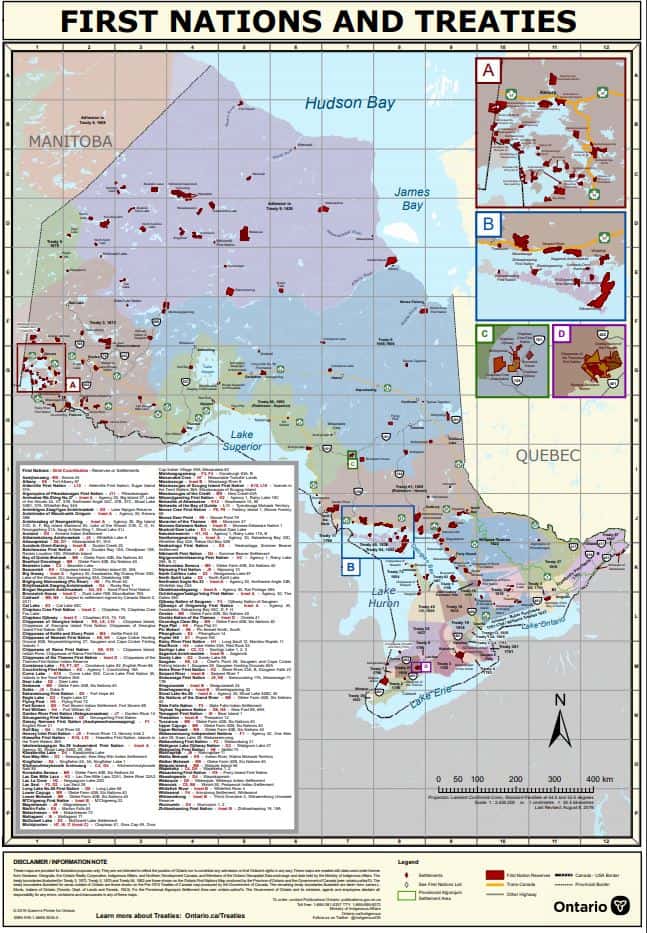 We know that through teaching and learning in our schools, we can move towards a Canada where the relationship between Indigenous and non-Indigenous Canadians is founded on mutual respect.

As part of our support of the Calls to Action of the Final Report of the Truth and Reconciliation Commission (TRC), school boards are recognizing Treaties Recognition Week, from November 2 to 6, 2020. The goal of this week is to promote public education and awareness about the history and importance of treaties and treaty relationships.

For example, on October 21 and 22, Avon Maitland DSB educators participated in a webinar with Indigenous Education Lead Monique Pregent. Fourteen intermediate and secondary teachers and 25 elementary teachers and principals participated. Pregent worked in partnership with other Program Service coordinators to create a session that included special guest Ray John Jr., a respected Knowledge Keeper from Oneida Nation of the Thames, who explained the importance of wampum belts in the treaty process. Examples of activities teachers could use to educate students about the treaties that were made between groups before, during, and after Canada was formed were presented. Digital resources were also shared to enhance the learning experience. Also, during Treaties Recognition Week, examples of treaties and educational resources will be displayed in the front foyer of the Board office.

The week provides a recurring opportunity for teachers to plan curriculum-linked learning activities about treaties during the school year and will help promote awareness of treaties in the broader public.

A number of curriculum-linked resources have been created to encourage dialogue and discussion in Ontario classrooms. These resources, as well as additional information, can be found at the following links: