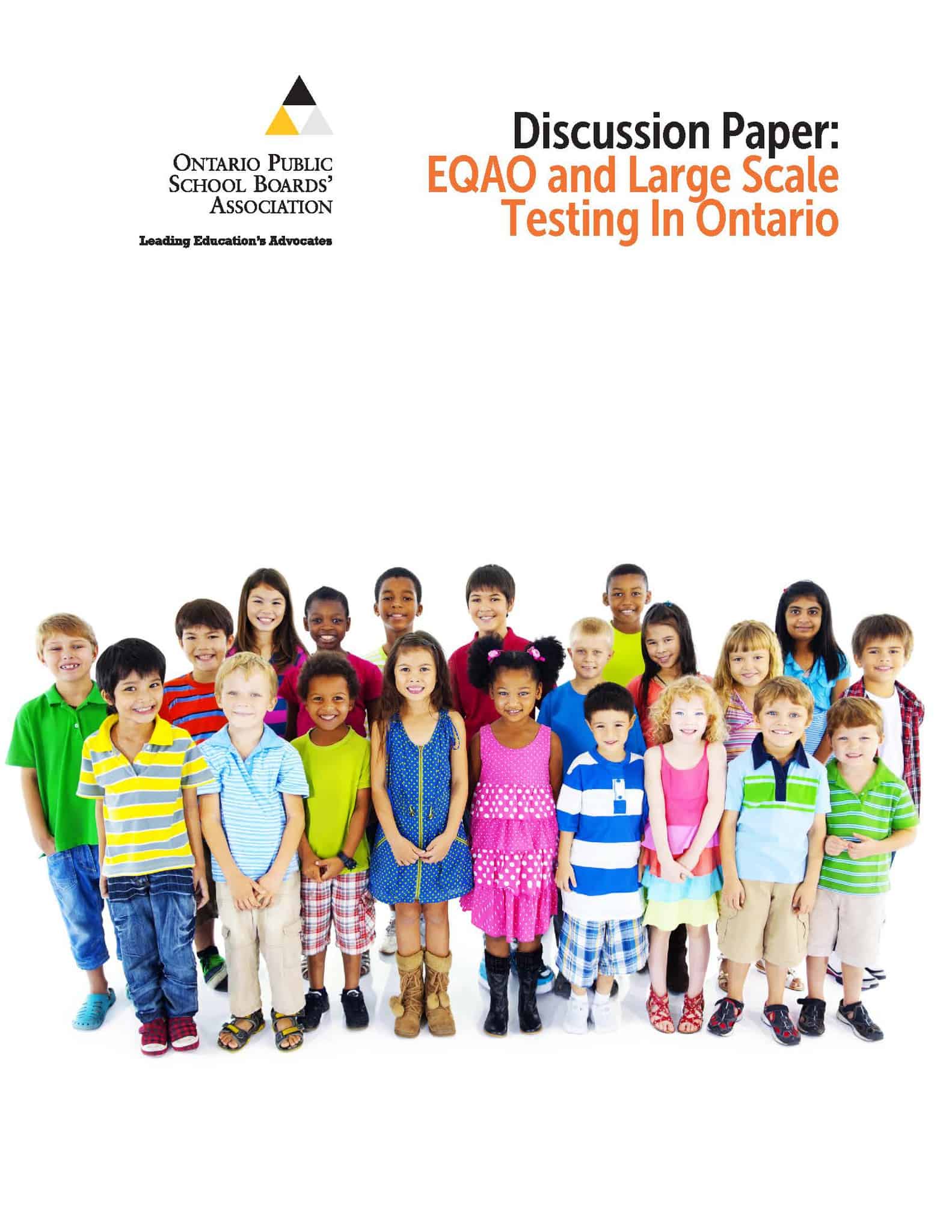 The Ontario Public School Boards’ Association (OPSBA) is pleased to announce the release of its most recent Discussion Paper: EQAO and Large Scale Testing in Ontario.