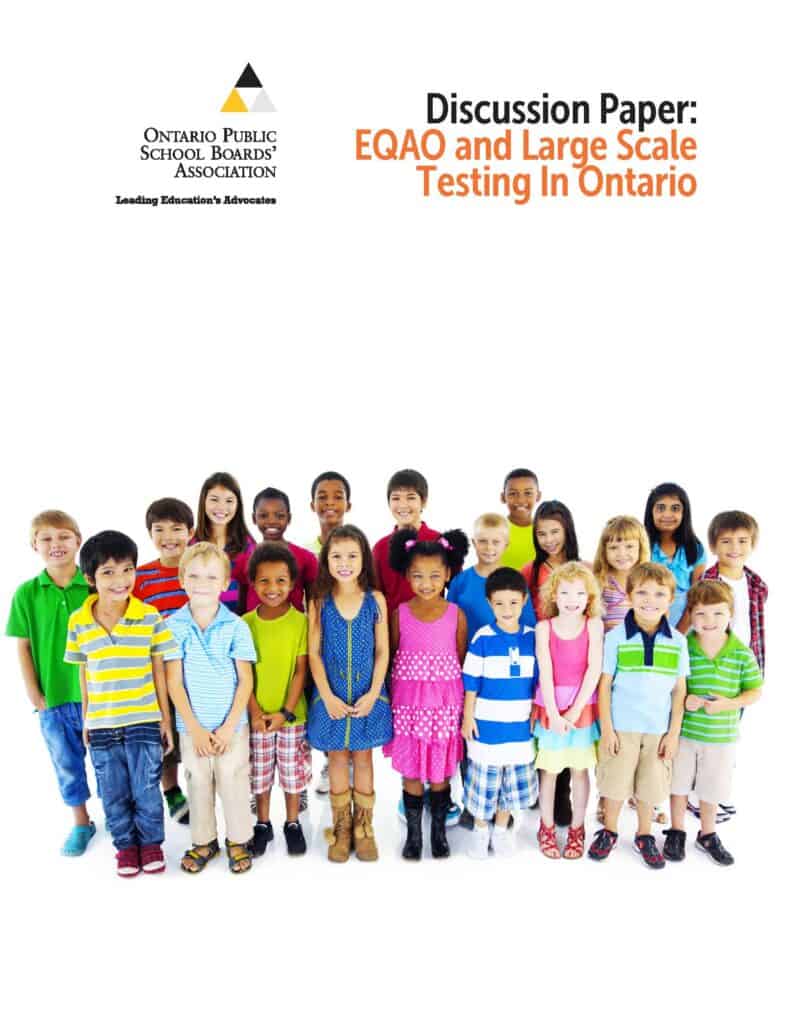 OPSBA announced the release of a Discussion Paper on Education Quality and Accountability Office (EQAO) and Large Scale Testing in Ontario in December 2016.