Across the Boards – Fall 2019 Feature

A unique project in Simcoe Composite School’s World Cultures class this semester has raised awareness and generated conversation around an important national issue, and resulted in a thought-provoking display outside the library that is getting the rest of the school talking as well.

“The goals of this project were to draw attention to systemic discrimination, the ongoing impacts of the residential school system in Canada, and the Calls to Action of the Truth and Reconciliation Commission,” explains Amanda Vincent, who teaches the Grade 12 World Cultures course. “We talked a lot about what’s involved in the process of reconciliation, and whether that’s even possible given some of the challenges faced and the intergenerational trauma that has resulted from this tragic legacy.”

The jumping-off point of the discussions and learning are faceless dolls – female figures constructed out of felt, and given rich details while omitting a face completely. The dolls are a metaphor, and each student aimed to add individual features to bring them to life, while provoking important questions around the mounting number of cases of missing and murdered Indigenous women across the country.

“Why is it that when a white, upper-class woman or girl goes missing, it’s a national story and everybody hears about it, but when the same thing happens to an Indigenous woman, we don’t hear a thing about it?” asks Reese, a student in the course, as she constructs a doll. This generates a discussion about a recent Netflix movie – The Disappearance of Madeleine McCann – which tells the story of a young, white female kidnapped while on vacation with her family, in stark contrast to the lack of attention paid to Canada’s missing and murdered Indigenous women. “They don’t have a face or a name, they just disappear completely.”

A Statistics Canada homicide report in 2016 found that Indigenous women are five times more likely to be victims of homicide than non-Indigenous women. There are nearly 600 reported cases from recent decades of missing Indigenous women, but actual numbers are thought to be in the thousands due to underreporting – all statistics that greatly disappointed and saddened students, and sparked a desire for action by increasing knowledge on a larger scale.

“The dolls are a simple design that carries a powerful message,” said Bryce, another student in the World Cultures class. “It’s a way to raise awareness of the need to humanize these women so that they aren’t just another statistic.”

“While they can’t change the past, students can be a part of the community and country they want for the future,” says Sabrina Sawyer, Grand Erie’s Indigenous Education Lead of efforts across the Board like the Faceless Dolls project. “The dismantling of oppressive policies and structures in society is going to take every person first becoming aware, like our students are doing. They are harnessing the knowledge, using their voices, and taking action. This generation is going to be the generation to make the greatest change.”

Call to Action #63 of the Truth and Reconciliation Commission’s document states the goal of “Building student capacity for intercultural understanding, empathy, and mutual respect,” a goal Vincent and Teacher Librarian Amanda Van Schyndel were eager to build on. Staff at the school participated in their own Faceless Dolls project during a professional development day, and the library has added books and other materials to further enhance the resources and information available for students.

“This is a subject matter I didn’t get a chance to learn about in depth until I started teaching it,” says Vincent. “As adults, we have a lot of learning to do still, and a big part of this project is that students go home and share their knowledge, and out into the world where they are engaged, active citizens helping affect change.” 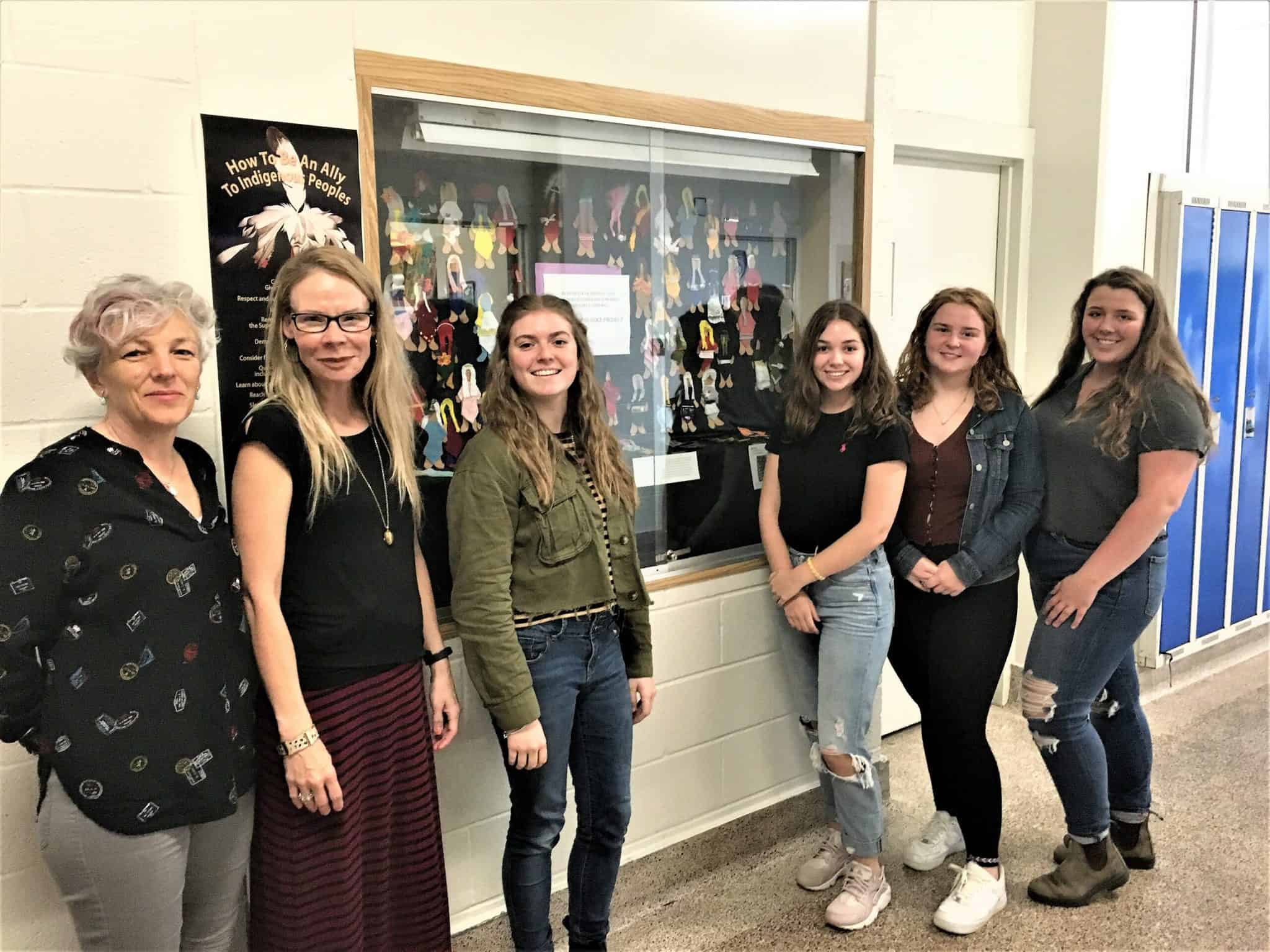 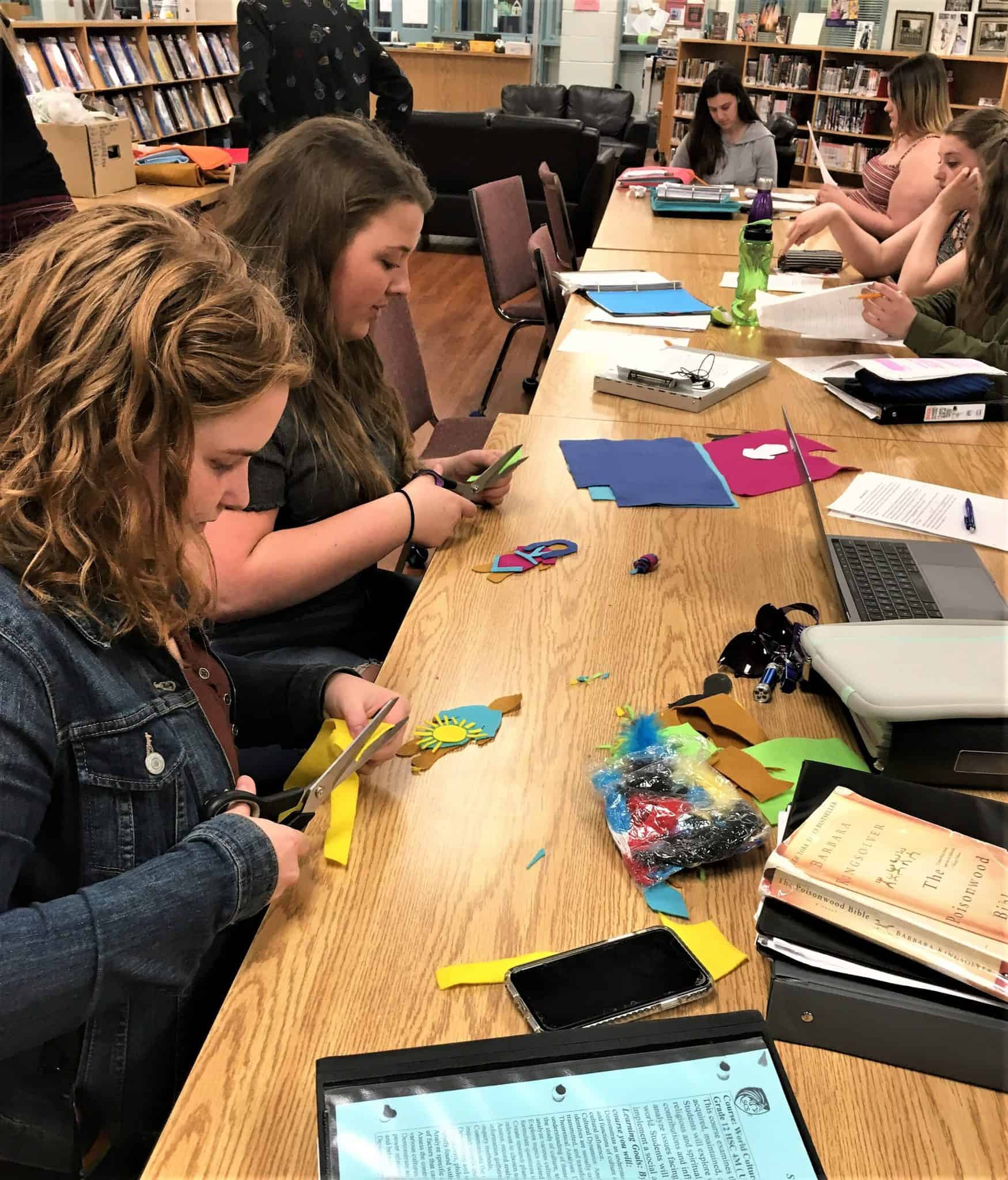